Bird of the Week - XXl 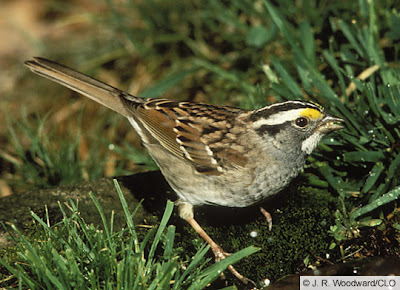 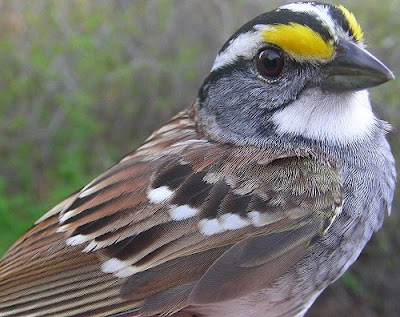 It is a large sparrow with a white throat, yellow in the front of the eyes, and white and black stripes on it's head. It's song is a slow series of usually five clear whistles that changes pitch once, on either the second or third note, often described as "Old Sam Peabody, Peabody, Peabody" or "Oh Sweet Canada, Canada, Canada." 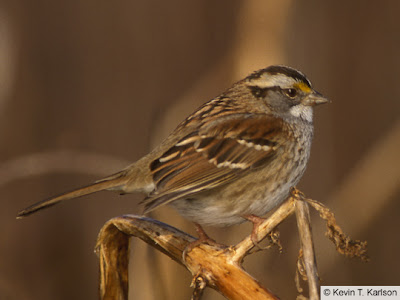 Photos from All About Birds
Posted by Mr. Williams at 9:05 AM