Bird of the Week - lll 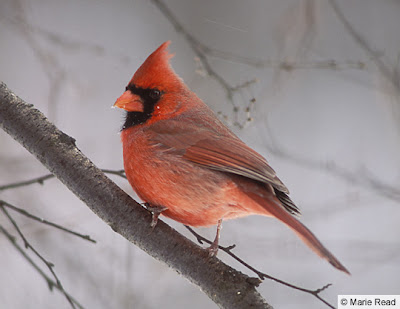 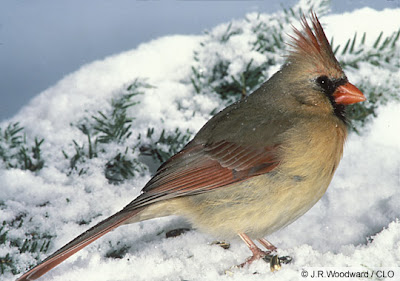 This week's "Bird of the Week" is the Northern cardinal. This medium-sized songbird has a large crest on it's head and a heavy, conical bill. The face is surrounded by black and the male is entirely a brilliant red while the female is grayish-tan with a red tail and wings.

This common bird is a winter fixture at snow-covered bird feeders throughout Massachusetts in the winter and is very popular. The female Northern Cardinal sings, often from the nest. The song may give the male information about when to bring food to the nest.

The male cardinal fiercely defends its breeding territory from other males. When a male sees its reflection in glass surfaces, it frequently will spend hours fighting the imaginary intruder.
For more information about the cardinal and to hear it's song, go to: http://www.birds.cornell.edu/AllAboutBirds/BirdGuide/Northern_Cardinal.html
Photos taken from Cornell's All About Birds site.

Labels: Bird of the Week - lll